This product is also available in pack

The brand Head it wants to continue consolidating itself in the paddle market and does so by conquering some of the best players of the professional circuit, but also to the amateurs offering paddle blades adapted to all needs and that evolve in each collection. Something they have done again in 2020 with the Head Graphene 360+ Delta Hybrid 2020.

One of the leading firms in the world of padel for more than a decade thanks to a high quality product manufacturing that has made thousands of players who trust their models and who, year after year, opt for the new bets of the Austrian firm.

Head Padel has wanted to make a qualitative leap for this 2020 season and in its range of paddle blades top of the range has decided to bet harder than ever.

how? Improving, and in what way, what has been done so far until we find a product line of the maximum guarantees. And it is that the Head Graphene 360+ Delta Hybrid 2020 it is a shovel with a design in diamond shape and a slightly high balance, which makes it the most powerful shovel in the 2020 collection.

In addition, as a novelty, a new mold has been designed where it has expanded sweet spot, which allows you to place the blow wherever you want with greater ease. A shovel intended for the advanced level players and they play in the backhand position. A shovel made in graphene, for excellent durability and strength.

Incorporates a kernel with Power Foam system for a good start and not lose the hit. In turn, it allows you to play with the effects thanks to the system Extrem Spin of faces, rough faces, which, as we have mentioned, allows you to perform the desired effects more easily. the Delta Hybrid 2020 is the absolute novelty of Head.

This model is more comfortable, manageable and powerful than its predecessor thanks to the Graphene 360+ in the frame, for an unlimited touch and power, and the new hybrid material on the face. As a main novelty, we highlight the latest technology from the firm Graphene 360+, a system that increases endurance and ensures the best performance in each action.

It also has the Smart Bridge System, in the heart, which increases the stability and solidity of the structure. one Head Graphene 360+ Delta Hybrid 2020 which, without a doubt, is intended for offensive players, who seek the maximum balance in power and who need guarantees for definition.

It will be the profiles that start from the reverse those who most enjoy this model of eminent power, but that does not give up to perform at a high level in the rest of the sections of the track.

Power Foam System: The new rubber used in the Graphene 360 Alpha Elite 2019 has been created from the successful N2 rubber, improving its properties and giving it greater density and faster memory in order to improve the gameplay and sound of hitting
Extrem Spin System: : Rough texture that allows you to multiply the creation of effect on the ball. Get impossible effects thanks to extreme spin.
Graphene 360+:  Graphene 360+ is the combination of HEAD's exclusive Graphene 360 technology for optimized energy transfer and innovative spiral-shaped fibers for greater flexibility and a clean sense of impact. 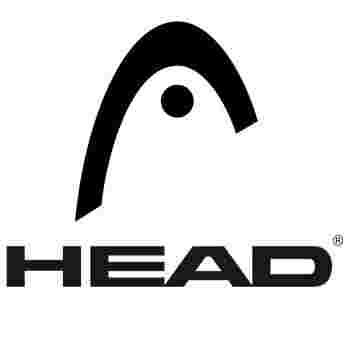